Matero Ltd was incorporated in 1977. At its very beginning, the company, was engaged with the importation and distribution of spare parts for domestic appliances. Soon after its establishment, the management of the company realized that some OEM activity was beginning to surface, in the commercial refrigeration and air-conditioning trade sector.

The company was quick to take up on the opportunities which were presenting themselves, and which subsequently matured to endowing us with a leading role in the supply of spares and components for the needs of the local OEM activity.

Further to the above, our company prides itself as the driving force in the understanding, knowledge spreading and implementation of new technologies (based on electronics) in our marketplace.

Today, the company is managed by second generation people having solid engineering knowledge of Refrigeration and Air-Conditioning as an applied engineering practice. The third generation gearing up to join soon.

Our company’s vision is simple and straight forward, and none other, than to establish ourselves as the benchmark for professionalism, by which others are judged.

Matero Ltd feels proud to have a clear and straight forward mission. This is simply to supply spares, components, machinery and equipment, of the highest quality, at the lowest possible cost to the local Refrigeration, Air Conditioning and Ventilation trade sectors. The mission of our Company has been the main factor contributing to our growth and has remained unchanged since the beginning. 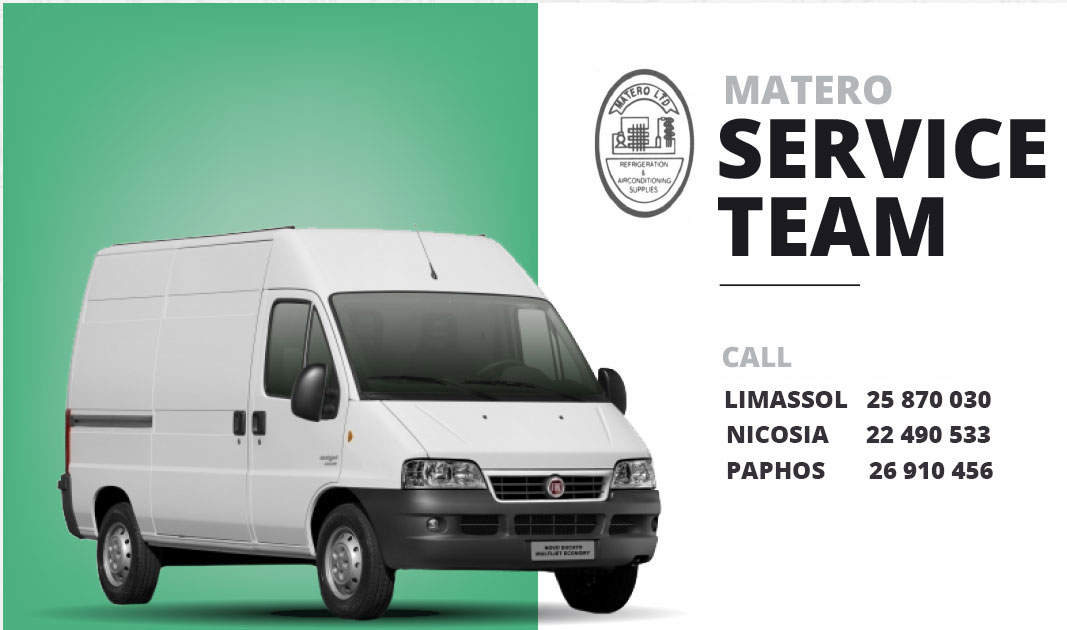 Our Service Team is in a class of its own. Fully alert, fully willing and fully trained (EU303-08).

Whether you need just a compressor replaced, a walk-in freezer erected or your air-conditioner fixed in the middle of a heat wave, our people are the guys for you. And best of all, they do it with a smile.